What exactly is Coaching and how it can be a game-changer? 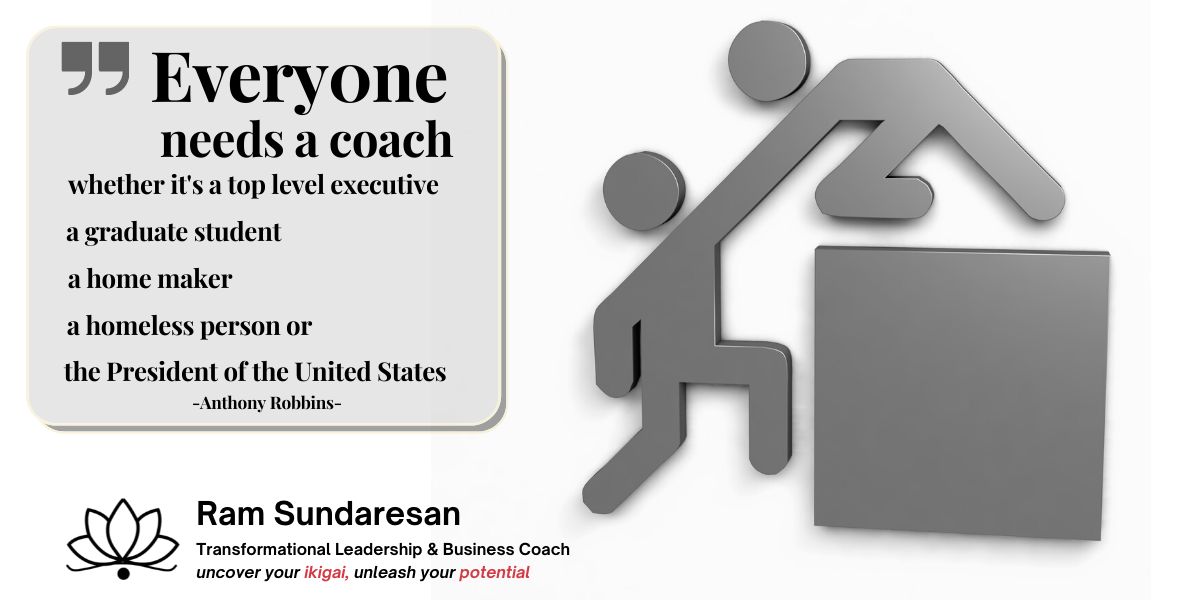 This article talks of the origin of Coaching, how it differs from other professions, common definitions, the role of a coach and his relationship with the coachee, the focus of coaching and whether coaching is effective -how coaching is impactful, results of studies on the subject and how to maximize the effectiveness of a coaching intervention

What do you understand by the term Coaching, especially when it comes to Executive or Leadership or Business Coaching?

There are several misconceptions regarding Coaching. Firstly, everyone is a Coach these days, from a fitness trainer to a financial advisor to an image consultant. You have life coaches and even happiness coaches. Secondly, people often associate Coaching, especially in India with Tuition centers that help prepare students for competitive and entrance exams. Actually, a better analogy is from the world of sports wherein Coaches help successful sportsmen or sportswomen become even more successful. I will return to this point shortly.

Coaching is often confused with mentoring but we will soon see that it is quite different.

Modern-day coaching was born in 1974 when Timothy Gallwey, a Harvard educationalist and tennis expert wrote The inner game of tennis. The word inner was meant to indicate the player’s internal state or the opponent within one’s head which is more formidable than the one on the other side of the net. Gallwey went on to claim that if a Coach can help a player remove or reduce internal obstacles to performance, an unexpected natural ability to learn and to perform will occur without the need for much technical input from the Coach. This is Coaching’s association with the world of sports.

Sir John Whitmore, known as the father of performance coaching wrote Coaching for performance, in 1992. This still is the definitive book for coaches and leaders. Quoting from this book, “In essence coaching is about partnership, collaboration and believing in potential. Coaching and high performance come out of awareness and responsibility. Coaching is the mechanism of transformation. To achieve this requires the foundation Coaching skills of powerful questioning and active listening”.

Difference from other professions –

As mentioned earlier, coaching differs from other professions such as mentoring in that the coach teaches you how to fish. Refer Italian proverb at the beginning of this article. A Mentor tells you the solution, a consultant tells you the problem, a therapist or a doctor asks you what your problem is, while a Coach asks you for the solution. In other words, a Coach nudges you towards the right solution.

Now let’s turn to some popular definitions of coaching –

Coaching is enabling successful leaders to lead/behave more effectively, through positive behavior change, that is sustained, recognized, and acknowledged by others (Marshall Goldsmith)

Coaching is known to bridge the knowing-doing gap. In other words, helping turn knowledge into action and results. How can a coach help bridge this gap?

Role of a Coach and relation with Coachee –

The role of a Coach is to act as the accountability partner or a Mirror throughout the coaching journey and to facilitate the process of leadership growth on the job by asking powerful questions and pointing to necessary resources. The Coach pushes back if he finds the Coachee slackening in his or her commitment.

The Coach is neither a domain nor a functional expert and is not expected to provide ready answers. It is the person being coached ( coachee/ client/ leader/ businessman) who has to do the heavy lifting by committing to the process and taking necessary action.

The relationship between the Coach and his client is one of trust and Confidentiality is the cornerstone of coaching engagements. In other words, the Coach will not divulge the details of his conversations with the Coachee, even with the latter’s boss, employer or sponsor of the Coaching engagement. This enables the Coachee to open up and speak his mind while talking to his Coach.

Finally, the Coach is not a crutch, in that Coaching is for a finite period of time (8 to 12 sessions spread over a maximum period of one year, is typical) and the Coachee should not expect life-long support from his Coach.

Given the long history of Coaching, especially in the western world, the ROI of Coaching is beyond any doubt. Coaching is indeed a powerful way to expedite a leader’s ability to impact business results. A coaching intervention is beneficial both to the individual as well his organization, as seen below. Research has shown that Companies that resorted to Coaching interventions reported a ROI of anywhere between 4X and 8X for every dollar they spent on Coaching. Behind these results were tangible as well as intangible factors. Tangible factors were areas such as increased productivity, higher levels of overall employee performance, reduced costs, growth in revenue and sales, higher employee retention, and higher engagement of employees. Intangible factors were increased confidence of those being coached, improved communication, stronger employee, and peer-to-peer, and key stakeholder relationships.

Is coaching really a Game-Changer ?

I am often asked questions around the effectiveness of Coaching interventions or for the ROI (Return on Investment) of Executive coaching. Let us see address how a coaching intervention can be impactful in expediting leadership growth and business results.

How Coaching creates an impact –

A paper titled “Maximizing the Impact of Executive Coaching: Behavioral Change, Organizational Outcomes, and Return on Investment” published in The Manchester Review, which was based on extensive research on the subject, highlighted that :

• Doing translates into impacting the business.

• This impact can be quantified and maximized.

Leadership development takes time and effort, but the return on investment of your payroll will be multiplied by the improvement of all the employees that report to the Leader who has improved. For better employee engagement, the role an executive leader plays in creating the right environment for people to excel in doing what they do best every single day is a key factor. As an outside resource, an Executive Coach can come in with a fresh perspective and provide actionable constructive feedback required for the long term growth of a leader.

When a coachee works with a coach, they gain self-awareness and a fresh perspective on their personal challenges, ultimately improving their:

The improvements are not limited to the individual, either. Numerous in-depth studies by the International Coach Federation (ICF) reveal that employers and coworkers can also benefit in the following areas when one works with a coach:

Results from studies on the effectiveness of Coaching –

Many studies have demonstrated that Coaching does have a lasting impact on the individuals who participate in it, on the larger organization of which they are a part, and on the organization’s financial bottom line.

Coaching is profoundly beneﬁcial in the eyes of companies and individuals who hire a coach, with 99% viewing it as “satisﬁed or very satisﬁed” and 96% stating, “they’d repeat the process.” Source: ICF Global Coaching Client Study.

Clients often continue with coaching as long as they remain satisfied with their progress and enjoy the benefits of the relationship. That is something else that sets coaching apart from consulting — it’s a relationship rather than a transaction.

A third of all Fortune 500 companies utilize Executive Coaching as standard leadership development for their elite executives and talented up-and-comers. Source: The Hay Group

Individuals increase their productivity by an average of 86% when training is combined with coaching, compared to just 22% with training alone. Source : The Personnel Management Association, internal report

For every $1 invested in Executive Coaching, companies surveyed received an average return of $7.90. Source: MetrixGlobal LLC

86% of companies rate their ROI favorably for their investment in coaching, stating that the investment at least paid for itself.

Figures of between 500% and 700% commonly reported as being a reliable ROI for executive coaching. Source: Anderson, 2008.

Factors impacting the effectiveness of Coaching –

Of course, the ROI of Executive Coaching depends on the expressed desired outcomes for each engagement, the Coachee’s willingness to receive information s/he may not want to hear, and the Coachee’s own desire to put in the hard work to consider thinking (and then leading) differently. Here are some factors that contribute to (or could detract from) the effectiveness of coaching –

Maximizing the Impact of Executive Coaching –

In order to make coaching as effective as possible, it is necessary to –

3. Measure and communicate the impact

Coaching is indeed a powerful way to expedite a leader’s ability to impact business results. It is impactful because of the awareness it creates on the part of the Coachee, the alignment in thinking it opens for the Coachee, and its bias for action (results orientation).

There is no doubt that Executive Coaching is a viable pathway to expedite your leadership development as well as bottom-line business results, with a clear ROI provided the intervention is properly implemented.