Is coaching really a game changer? 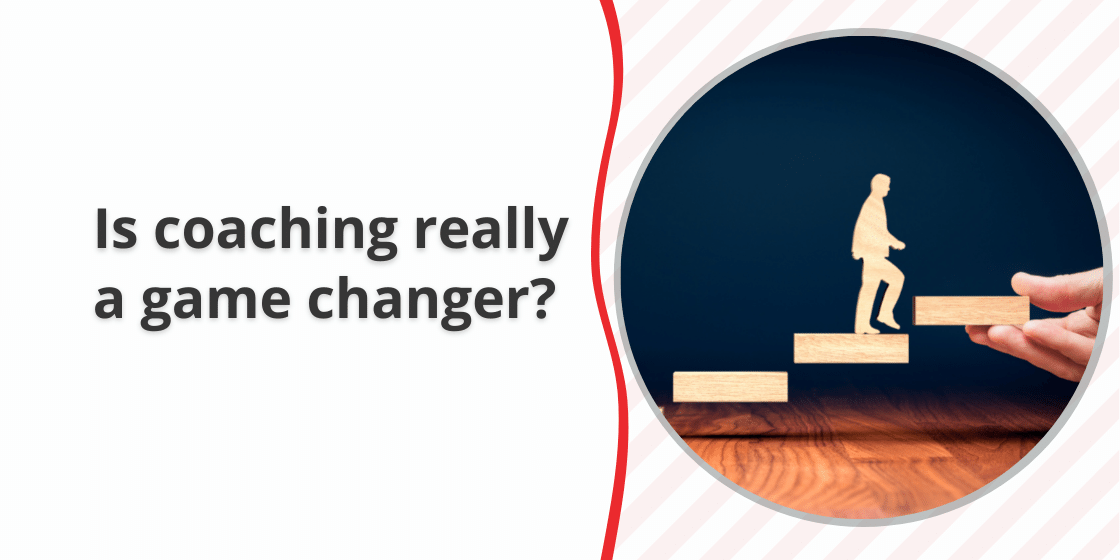 This blog examines how coaching is impactful, the results of studies on the subject, and how to maximize the effectiveness of a coaching intervention.

In an earlier article titled coaching demystified, I had tried to explain what coaching is all about and how it differs from other professions. I am often asked questions about the effectiveness of Coaching interventions or for the ROI (Return on Investment) of Executive coaching.  In this piece, I will address how a coaching intervention can be impactful in expediting leadership growth and business results.

How Coaching creates an impact –

A paper titled “Maximizing the Impact of Executive Coaching: Behavioural Change, Organizational Outcomes, and Return on Investment” published in The Manchester Review, which was based on extensive research on the subject, highlighted that :

Leadership development takes time and effort, but the return on investment of your payroll will be multiplied by the improvement of all the employees that report to the Leader who has improved. For better employee engagement, the role an executive leader plays in creating the right environment for people to excel in doing what they do best every single day is a key factor. As an outside resource, an Executive Coach can come in with a fresh perspective and provide actionable constructive feedback required for the long term growth of a leader.

When a coachee works with a coach, they gain self-awareness and a fresh perspective on their personal challenges, ultimately improving their:

The improvements are not limited to the individual, either. Numerous in-depth studies by the International Coach Federation (ICF) reveal that employers and co-workers can also benefit in the following areas when one works with a coach:

Results from studies on the effectiveness of Business coaching programs-

Many studies have demonstrated that Coaching does have a lasting impact on the individuals who participate in it, on the larger organization of which they are a part, and on the organization’s financial bottom line.

Coaching is profoundly beneﬁcial in the eyes of companies and individuals who hire a coach, with 99% viewing it as “satisﬁed or very satisﬁed” and 96% stating, “They’d repeat the process.”  Source: ICF Global Coaching Client Study.

Clients often continue with coaching as long as they remain satisfied with their progress and enjoy the benefits of the relationship. That is something else that sets coaching apart from consulting – it’s a relationship rather than a transaction.

A third of all Fortune 500 companies utilize Executive Coaching as standard leadership development for their elite executives and talented up-and-comers. Source: The Hay Group

Individuals increase their productivity by an average of 86% when training is combined with coaching, compared to just 22% with training alone. Source: The Personnel Management Association, internal report

For every $1 invested in Executive Coaching, companies surveyed received an average return of $7.90. Source: MetrixGlobal LLC

86% of companies rate their ROI favourably for their investment in coaching, stating that the investment at least paid for itself.

Figures of between 500% and 700% commonly reported as being a reliable ROI for executive coaching. Source: Anderson, 2008.

Of course, the ROI of Executive Coaching programs depends on the expressed desired outcomes for each engagement, the Coachee’s willingness to receive information s/he may not want to hear, and the Coachee’s own desire to put in the hard work to consider thinking (and then leading) differently. Here are some factors that contribute to (or could detract from) the effectiveness of coaching –

In order to make coaching as effective as possible, it is necessary to –

Leadership/Business/Executive coaching is indeed a powerful way to expedite a leader’s ability to impact business results. It is impactful because of the awareness it creates on the part of the Coachee, the alignment in thinking it opens for the Coachee, and its bias for action (results orientation).

There is no doubt that the Executive Coaching program is a viable pathway to expedite your leadership development as well as bottom-line business results, with a clear ROI provided the intervention is properly implemented.

References related to return on Coaching –

A Fortune 500 company wanted to study the ROI of Executive Coaching. They found that 77% of respondents indicated that coaching had a significant impact on at least one of nine business measures. In addition, they uncovered that overall productivity and employee satisfaction were the most positively impacted areas (which in turn has an impact on customer satisfaction, employee engagement, quality, annualized financial results, and more). In all, their study concluded that Executive Coaching produced a 788% ROI. The study noted that excluding the benefits from employee retention, a 529% ROI was produced. (Executive Briefing: Case Study on the ROI of Executive Coaching, Merrill C. Anderson, Ph.D., MetrixGlobal, LLC)